Classical:NEXT is coming up so what’s going on within classical and contemporary music?

It is time to go to Rotterdam to attend Classical:Next and host the Swedish stand. We had a little chat with Jennie Wilhelmsson who is Head of Planner at Västmanlandsmusiken and Johan Lagerlöf, CEO at X5 Music Group to get some news about what’s going on in the classical and contemporary worlds. 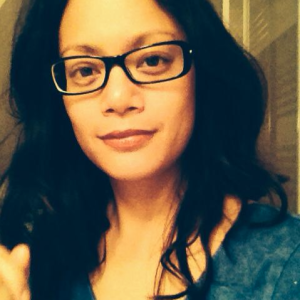 Hi Jennie, how are you and what’s up?

I’m great! Things are moving and that suits me just fine. We have just organized and hosted Folk­- och Världsmusikgalan and Nor­dic Showcase in collaboration with the Swed­ish Board for Traditional Music and Dance and music export offices from Sweden, Norway, Denmark and Finland. We are working for a second edition in Helsingborg in collaboration with the National Board, Musik i Syd and all of the Nordic countries.
We just presented the program for children and youths and for all our organizers in the region as for the next year and we are currently fixating the program for the autumn in Västerås Concert Hall. We present a mix of music­ genrers, contem­porary dance and cirkus.

Could you tell us briefly about what Västmanlandsmusiken is doing for classical and contemporary music?

Classical music and contemporary mu­sic are two broad elds in which we are operating. Västmanlandsmusiken has our own Västerås Sinfonietta and we are constantly collaborating with the organizers of chamber music in the region and are running av serie of chamber music concerts in Västerås Concert House. When it comes to contemporary music the orchestra has got its own composer in residency whose music are premiered with the Sinfonietta and of course recorded as well. We collabo­rate with Norbergfestivalen, an electronica music festival which attracts thousands per year. We also collaborates with an organization, Uruppförandeklubben, who premieres and plays contemporary music.

Do you think classical and contemporary music has a future in the digital world?

I think that all plattforms, all kinds of meet­ings which allows people to encounter classical or contemporary music has a future. The digital world is providing an extra artistic dimension and an arena for classical music, for example the Metropolitan Opera and their globally broadcasted opera performances or the fact that a lot of music in video ­games are orchestral music. It is an artistic challenge too.

What is the first thing that comes to your mind when you hear “Swedish music export”?

Rock, pop is the first thing that comes to mind since those genres are more defined as an industry. But for me, “Swedish music export” is opera singers, artists in jazz, folk and world music and classical musicians who tours around the globe in the concert houses, at night­clubs and festivals.

What are your expectations on visiting Classical:NEXT?

I hope to hear good musicians and to have a good networking session. Collaborations, thoughts and ideas are always important to hear about, discuss and to learn from. 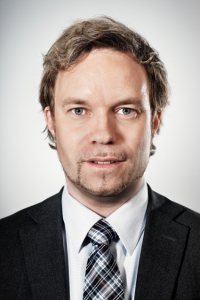 – Everything is great! I just got back from a recording session of our new concept “Dance Music Symphony” with the Stock­ holm Royal Philharmonic Orchestra. It sounds amazing to hear dance anthems in a symphony orchestra setting!

What exactly is X5 Music Group?

– X5 Music is a company dedicated to repackage catalogue music aiming for a new audience and normally a younger de­ mographic in the streaming and download environments. We have been very success­ ful in the classical genre. X5 release about 300 customized products and playlists for these services a month and has about 1/2 million followers of our classical playlists on Spotify.

Could you tell us brie y what “The 50 greatest pieces of classical music” is?

What is the link between X5 Music Group and the first iPhone?

– Apple decided to use the “50 Greatest” recording for their first iPhone commercial.

Do you think classical music has a future in streaming?

– Streaming IS the future for Classical Music. Every listener has all the classical music in the world one click away, that is a major opportunity. We have had 1/2 billion clas­sical streams so far, that is a lot of streams and it will just grow further.

What is the first thing that comes to your head when you hear “Swedish music export”?

– It is actually pop like Abba, Max Martin and so on but also technical innovations like Spotify and Soundcloud. Classical Music has not been in focus so much yet but hopefully the next Swedish artist that makes it worldwide is a classical one. I know there are some new up and coming stars!

What are your expectations on visiting Classical:NEXT?

– This is actually my first time so I don’t know really. I am very excited regarding my classical/streaming panel. Come and meet me there!