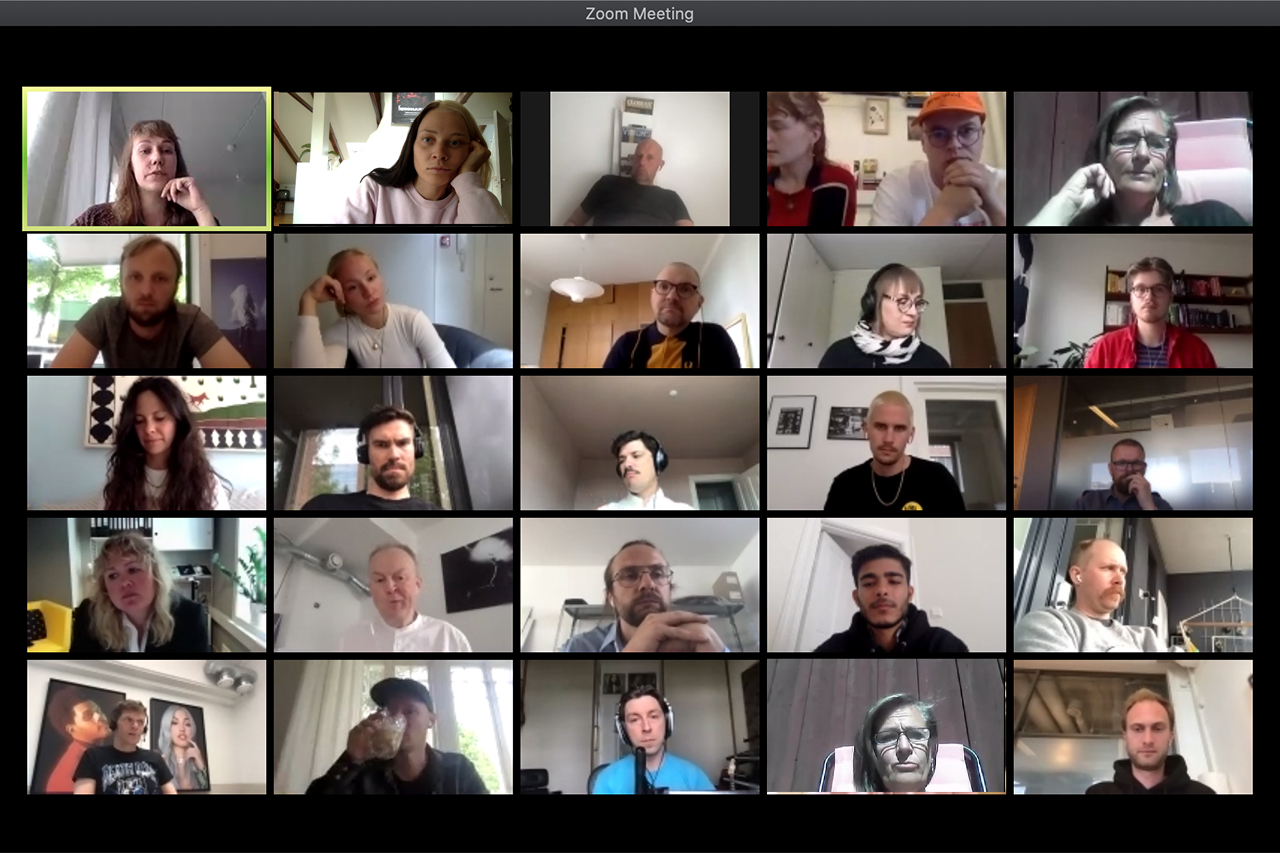 The third session on our Nordic Talks series was focused on the classical and contemporary music field. Participants in the discussion were music professionals from the Nordics, the UK and the Baltics.

This time, we gathered 22 participants together, to share the good practices, ideas and thoughts that the Nordic music industry has innovated for the future as a result of the covid-19 crisis. The participants in the discussion represented many different fields of the music industry: composers, publishers, music export offices, festivals and ensembles.

Again, there were two main points in the discussion. This time the themes were the biggest challenges caused by pandemic and new innovations  on adjusting to the current situation.

When the music’s over

Most of the participants considered that cancellations of concerts were the biggest challenge. The uncertainty of the future – having a plan b, c and more – and being able to deal with the situation. Cancelling, rescheduling and postponing takes time and is uncertain.

Right now, the future is seen even more uncertain than before. Regarding composers, the long-run impact of the coronavirus pandemic might yet remain to be seen. How soon will we get back to the normal way of living is of great importance. Cancellation of performances for a long time would have drastic consequences for performers and composers as well as for publishers.

Even when concerts and tours are not cancelled but postponed, one of biggest challenges is the  bottle neck for the particular time of postponement. This will most probably mean that certain projects will overlap or will not be feasible anymore due to planning and financial issues. Also some of the musicians might not be available at the newly scheduled period and we have either make replacements or abandon that project – which might be problematic because of signed contracts.

Even when concerts and tours are not cancelled but postponed, one of biggest challenges is the  bottle neck for the particular time of postponement.

Heidi Kuusava the producer for Musica nova Helsinki festival and defunensemble says, that one big challenge has been trying to negotiate new possibilities and schedules for bigger productions, which takes a lot of time and effort, while the future is still unsure. The producer for Nordic Voices, Bjarne Kvinnsland mentions that the accapella group had to cancel a total number of 20 concerts with in Norway, Germany, Switzerand, France, New Zealand and Canada between March and August 2020 – all projects that had been worked on for years.

Working hard for the money

However great the online world is for reaching audiences and communities, there is always the question of finances in the long run. One ensemble had some of its funders agreeing to postpone or re-structure projects, while others hadn’t been so flexible – so the ensemble is in jeopardy to lose all of their funding as they aren’t able to deliver the projects. At the same time they are worried about their freelance musicians, trying to keep them supported by moving projects online or creating new ones for the digital market.

“The major takeaway for us is, how useful we have found online tools for community- and relationship building” – John Harris, Red Note Ensemble

Kadri Soerunurk coordinator for Sound Festival (Scotland) mentions that the festival has been struggling to get their heads around digital delivery and copyright. Currently they are running free online events, but has been thinking about trialing ”pay what you can” ticketing instead of asking for donations for online festival performances – that way people may feel more inclined to contribute. Another model mentioned in the discussion was subscription programs – instead of a pay-per-concert system, more people might want to subscribe to Berlin Philharmonic channel.

Dublin based Red Note Ensemble has been focusing on making “digital only” work, including new commissions , which are put on YouTube every Friday, tells the ensemble’s general manager Katja Armknecht. This has led to a regular audience community gathering to listen and watch to these works, which has often been as many as ten times the number of people they would normally have in the live audience, says the ensemble’s executive producer John Harris. “The major takeaway for us is, how useful we have found online tools (social media, the online chat on Youtube alongside digital broadcasts) for community- and relationship building”, he summons.

As all concerts are cancelled, publishers are losing a lot of material hire income. However, it was noticed by Fennica Gehrman, for example, that choir directors are now going through their libraries and purchasing new material. They also do some planning for coming concerts and buy music, but not on the ordinary level. Altogether, the publisher’s material hire income is down around more than 50 per cent. Also sheet music sales have gone down considerably. So the challenge is to keep the income on a level, where the company can still survive. And for some time, some publishers stopped completely promoting materials.

Something good has also come from all this: There has been more time for strategic planning, rehearsing and recording than usually

But something good has also come from all this: There has been more time for strategic planning, rehearsing and recording than usually. Some festival organizers have made surveys for the audience to help planning – what does the community want and need, do would they feel safe participating in an event et cetera. One festival, for example, has come to the conclusion of splitting the festival into two parts: concerts two times a year.

Let me hear you stream

Streaming live events and ticketing was definitely a subject that polarised opinions. Some participants saw free streamed concerts a great possibility to gain new audience, while some simply think concerts shouldn’t be available for free.

At least in the Finnish music branch, there is a lot of discussion currently about what the end result will be, if we now offer streamed concerts for free. The big question is: Will anyone ever pay for the content in the future? If not, how will musicians and composers be paid?

In the first stages of the pandemic, it seemed that people were willing to pay for the streamed concerts. Luckily, this difficult time has also seen a rise in people’s generosity: festivals and organizations have offered musicians possibilities to perform on online concerts. People are willing to pay and donate for the digital concerts for now, but how will it be in future? During last months, many participants have noticed the situation changing.

“I think we can reach more new people with these new digital concerts and events. People want to feel that these events are made right now especially for them” – Anna Angervo, TampereRaw

One reason for that may be, that quality of audio and video in live steaming is problematic; the audience has seen too many a concert with bad quality. Right now, there is also a lot of competition among online events. Therefore it’s difficult to reach people and profit out of it. In the future, everyone making streaming concerts will have to pay more attention to visual production, too. But as high-quality streaming is expensive – and musicians as well as technical staff need their salaries too, this makes the equation rather challenging.

What our participants had noticed, people prefer live stream to than an older performance video because they want the experience of taking part. For example Kadri Soerunurk from Sound Festival tells that the feedback the festival has received from their audience is quite clear: they appreciate the here and now experience. But the festival still finds some challenge in moving activities online: How to have that live performance feeling online?

TampereRaw is another festival that had to move their whole event to the digital realm this year. But director Anna Angervo doesn’t feel so bad about the situation: “I think we can reach more new people with these new digital concerts and events. People want to feel that these events are made right now especially for them. The musicians have more time to practice than ever”, she says.

One chance for the future could be the so-called “hybrid models”: live performance for a small audience which will be live-streamed at the same time. Many who are having their next festival in 2021 or 2022 have time to plan hybrid models & plan B’s!

For example, New Music Dublin Festival, which will be held at the end of April 2021, is now discussing with its major partners, how to create a successful hybrid festival combining live and digital, that could be seen in venues, at a central “viewing point” and as an online broadcast, says the festival’s director John Harris.